In this article you will learn how to rip Blu-ray to MKV, MP4, and MOV format with multiple subtitles, languages and audio tracks, try the best Blu-ray ripper software on the market, which will help you to convert/rip Blu-ray to any format you need on Windows and Mac.

“I am looking to backup some of my Blu-ray movies because my children have scratched disks of the movies I bought the past. I want to be able to copy to disk or hard drive all Blu-ray and dvds, for my own personal use. I have a Samsung External 12X Blu-ray Burner with USB 3.0. I use Dell XPS 14 running 64 bit windows 8.1, I found out that windows media player for 8 does not play Blu-ray, one last question is there a software to backup Blu-ray to MKV with multiple subtitles, languages & audio tracks? Thanks in advance for your help.”

This question is asked by a Blu-ray user, as Blu-ray becomes more and more popular in recent years, many users choose to buy Blu-ray movies for watching, after you bought the Blu-ray disc movies, you may want to backup Blu-ray to MKV, MP4, MOV, AVI or other formats, so you can transfer Blu-ray to NAS, or put converted Blu-ray movies on tablets and smartphones for watching at anytime, anywhere.

This Blu-ray ripper has multiple subtitles and languages support, it has both Windows version and Mac version, so it will help you to rip Blu-ray to MKV, MOV, MP4 on Mac and Windows with multiple subtitles, languages & audio tracks. In order to help you easily rip Blu-ray disc, Blu-ray ISO and Blu-ray folder movies, we have prepared the easy steps below, you can follow them to use this program.

2. Click the Load Disk button to import your Blu-ray disc, Blu-ray ISO, or Blu-ray folder into this best Blu-ray ripper. You can also load your DVD and HD videos into it for converting. After you loaded the movies, you will see the subtitle and language option under the movie list.

3. Choose output video format. There are some users want to choose multiple subtitles, languages & audio tracks, so you can select MKV, MOV, or MP4 format in multiple output category. You can also choose other formats for output, such as HD MKV, HD MP4, etc. 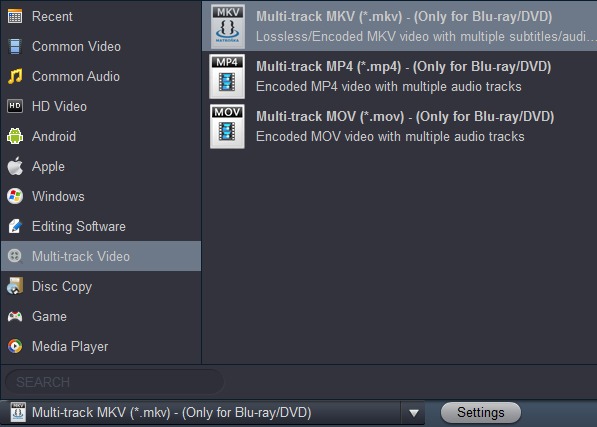 4. Before rip Blu-ray movies, you can click settings button on the main interface to customize the output parameters, include the frame rate, bitrate, resolution, etc. 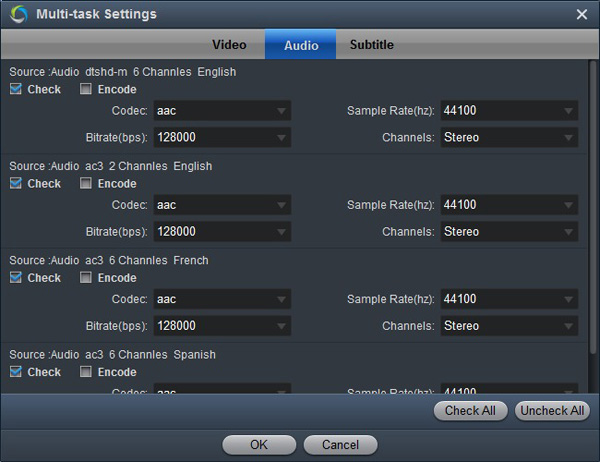 5. The final step is to click convert button to begin the Blu-ray to MKV conversion process.

This best Blu-ray ripper will convert your Blu-ray movies at fast speed, NVIDIA CUDA and AMD APP acceleration is supported, so it can rip Blu-ray to MKV and other formats at fast speed. When the conversion finished, you can get the converted Blu-ray movies in common video formats, and it is maintained the multiple subtitles, languages & audio tracks, and then you can backup them to your computer’s HDD or play them on playable devices. Hope you like this useful tool.